For our second episode of Saga Shorts, we’ve chosen the brilliant “Tale of Thorstein Bull’s-leg” (Þorsteins Þáttr uxafóts).  As one of the longer þættir, this one defies categorization. It tells the story of Thorstein Oddnyarson, a child abandoned at birth who grows up to be a hero in the court of King Olaf Tryggvason.  Along the way, he’ll find his parents, do battle with the undead, raid the home of a troll family, experience a miracle, almost drown in vomit, and fight a pagan bull.  It’s got everything you could want in a saga and more, all wrapped in a nice little Þáttr sized package.
Download this episode (right click and save)

Outro: From “Óðinn” by Krauka 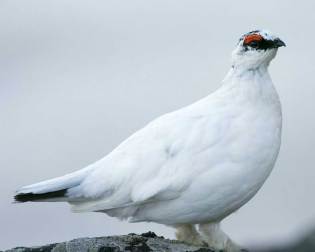 In this episode, we continue our series of stories from the Northeast of Iceland.  This time around, Helgi Droplaugarson goes head to head with the powerful chieftain Helgi Asbjarnarson.  While Helgi D. makes life difficult for his rival by undercutting him at every chance he gets, Helgi A. takes it all with patience.  Does Helgi A. have a good reason for holding back?  Or is he just biding his time as he waits for the right moment to attack?  There’s only one way to find out.  Listen, as Saga Thing presents The Saga of Droplaug’s Sons!

The first part of this episode, much like the saga itself, is a bit heavy on social dynamics and genealogical connections.  To help you navigate these relationships, Andy has prepared this handy genealogy using Family Echo.  Be sure to click on different names in the genealogy to see where it takes you.  The connections are fascinating if you pay attention.

Episode Summary – “All This” by Kevin MacLeod (incompetech.com)

It’s time to put the Saga of the People of Vopnafjord on trial.  Who will go home with the honor of Best Bloodshed?  Does this saga have the numbers to overtake the Saga of the Greenlanders in Body Count Density? Who has the best Nickname? Was anyone witty enough to earn the prize? Will Brodd-Helgi make it through Outlawry?  And who will be selected to join John and Andy as thingmen?

Along the way, we get into a few digressions (I know, you’re shocked). Among the more interesting digressions is a brief follow up on our Viking spearheads discussion from Njal’s Saga.  We delve into the terminology once again and review different types of spearheads as well as their appearances in the sagas, with special emphasis on Egil’s Saga.  You can find lots of information out there on Viking spearheads if you look.  Most of it isn’t terribly helpful in identifying what each of the original terms actually means.  We recommend Hurstwic’s page on the subject as a good primer. They’ve got a great page on Viking spears and a more specific page on the types of spears discussed in this episode.

We also pause to talk about the exciting new exhibit at the Reykjavik City Museum, Viking Animals, which opened this week.  The exhibition is based on the research of Lara Hogg, who shares my fascination with the place of animals in early Icelandic life.

Just look at all those cattle skulls.  I wonder if Brodd-Helgi helped her prepare this part of the exhibit.  If you’re in Iceland any time soon, swing by the Reykjavik City Museum and check it out.  If not, then follow the exhibit’s progress on Twitter @VikingAnimals or on the exhibit’s blog.

Next time on Saga Thing, we’ll play with the Tale of Thorstein Staff-Struck in our new side series tentatively titled Saga Shorts.  That will be followed soon after by a two-part episode on The Saga of Droplaug’s Sons, which features many of the same characters from the Vopnafjord episode. 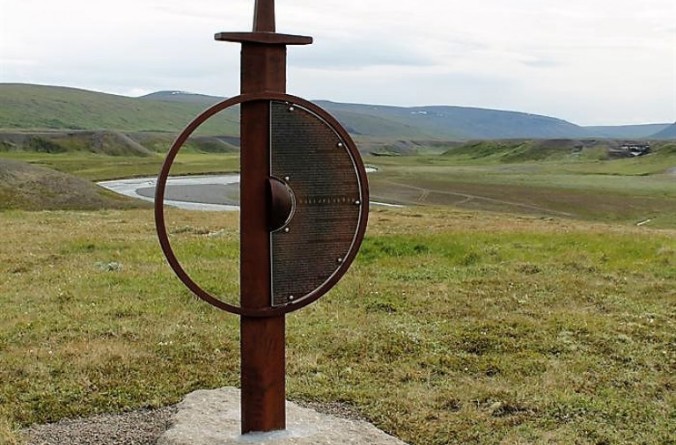 The Saga of the People of Vopnafjord picks up where The Saga of Thorstein the White left off.  It tells the story of two friends, Brodd-Helgi Thorgilsson and Geitir Lytingsson, and their rise to power.  The two men share everything in the beginning, including a desire to have that which is not theirs.  Their friendship only deepens when Brodd-Helgi marries Geitir’s sister, Halla.  Later, their son Bjarni is given to Geitir as foster-son.  Things really couldn’t be better between the two leading men of Vopnafjord. 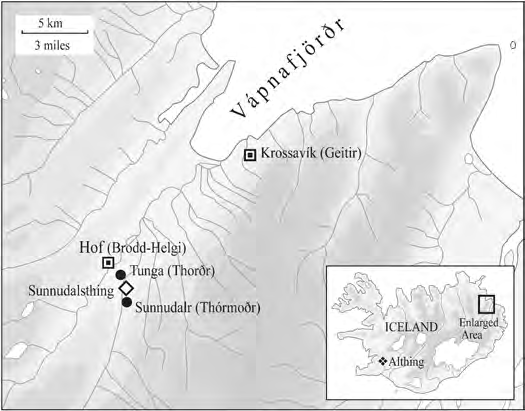 But things fall apart, as they do in these stories, after Brodd-Helgi and Geitir begin to mistrust one another after a plot to rob a hapless Norwegian merchant crumbles.  Their relationship suffers further when Halla becomes ill and Brodd-Helgi wastes no time arranging another marriage for himself, this time to Thorgerd Silver.  The resulting animosity between Geitir and Brodd-Helgi proves too much for the district to bear.  Men from both sides are drawn into the conflict and some even lose their lives.  Though Geitir is reluctant to act as the aggressor, he is finally put on the offensive after some prodding by his thingmen.  What happens next is lost in the great gap left to us in the manuscript.  The saga picks things up again with the next generation from each family trying to pick up the pieces.  Here we find Bjarni, the son of Brodd-Helgi, going head-to-head with Thorkel, Geitir’s son.  The two are not only kinsmen, they had also grown up together at Krossavik.  Though Bjarni attempts to make peace with Thorkel, there’s little that can be done to assuage the thirst for vengeance.  Will Bjarni succeed in putting an end to this bloody and unfortunate feud? Or will Thorkel continue the cycle of violence and pass it on to the next generation?  There’s only one way to find out.

The above image comes from Hurstwic’s recreation of Brodd-Helgi’s clever use of a stone slab to protect himself from Svart in chapter 2 of Vápnfirðinga saga.  Read all about this and other creative battle tactics here.

For some more on this saga and its background, check out:

Chapter 13 of Jesse Byock’s Viking Age Iceland – “Friendship, Blood feud, and Power: The Saga of the People of Weapon’s Fjord”

And if you’re interested in traveling to Vopnafjord and taking in all the sights yourself, maybe take a gander at a waterfall or two and pause for some fishing, then start here at https://www.visitvopnafjordur.com/en